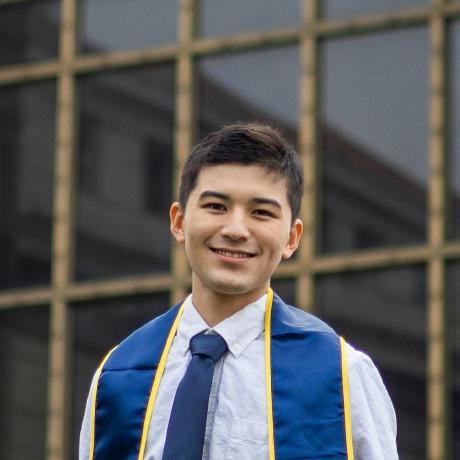 A Survey on Driving Scenario Generation

J. Guo et al. [1] concluded 45 publicly available datasets for autonomous driving and categorize them according to the tasks that they are suitable for. The datasets are shown in table 1. 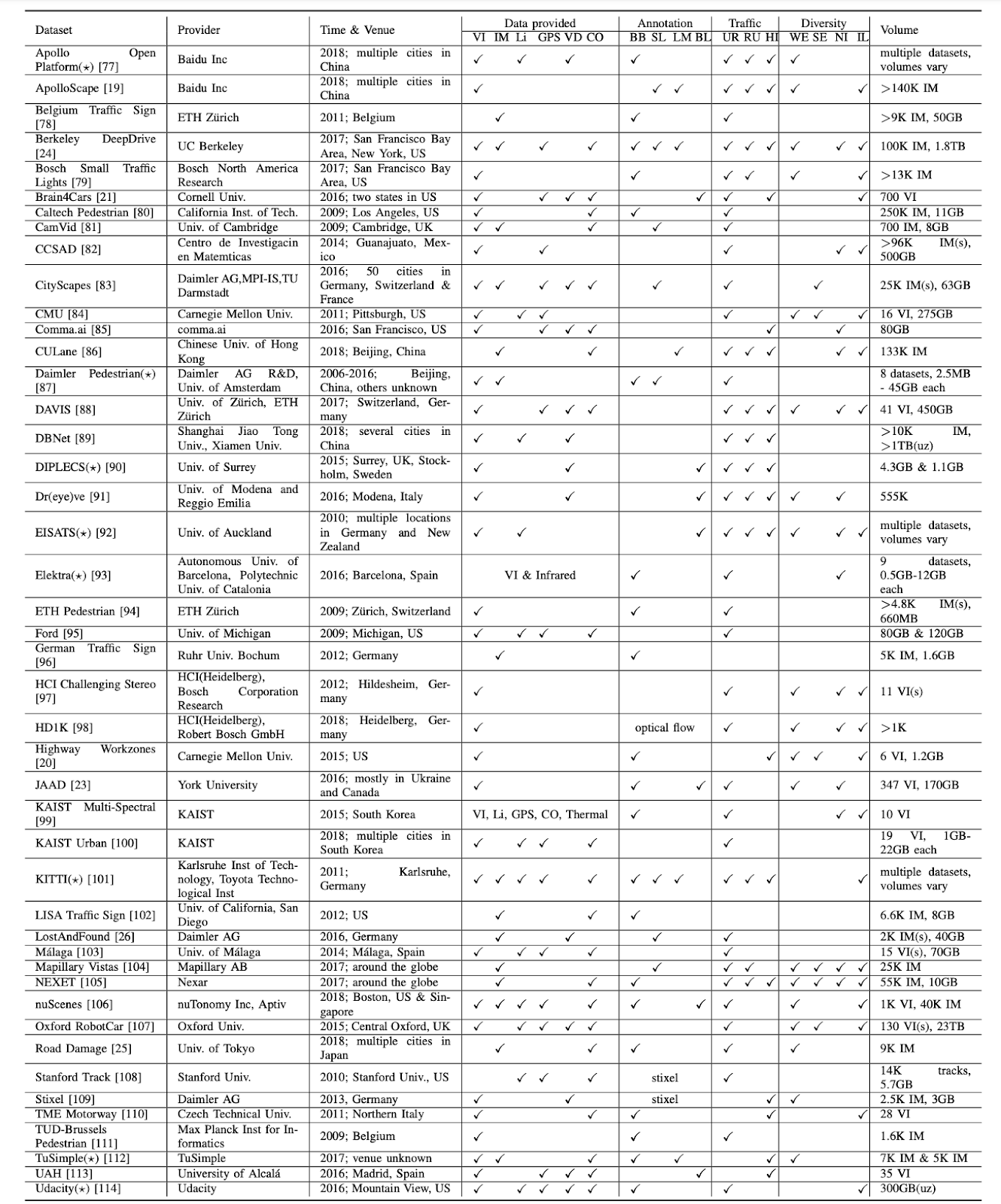 According to Menzel et al. [6], these approaches follow the idea of a data-driven test process within the scope of virtual testing. A generation of synthetic roads or scenarios based on formalized knowledge is not described. Hence, those data-based approaches provide no information regarding the diversity of scenarios. Data-driven approaches can be combined with a knowledge-driven approach. The main idea is to generate scenarios from existing knowledge, like regulatory recommendations, and later augment these synthetic scenarios with information collected from measurement data.

T. Menzel et al. [7] proposed an approach for a knowledge-based scene creation for automated vehicles based on ontologies. They introduced a nonparametric Bayesian learning method to deal with the challenges in the first two steps, i.e., extracting primitives from multiscale traffic scenarios, where the binary and continuous events are both involved, and obtain the object sets. Driving data used in this paper are extracted from the Safety Pilot Model Deployment (SPMD) database. A Gaussian model is used to generate the observation variables.

Scenic [8] is a probabilistic programming language that allows assigning distributions to features of the scene, as well as declaratively imposing hard and soft constraints over the scene. Scenic can be used to generate specialized test sets, improve the effectiveness of training sets by emphasizing difficult cases, and generalize from individual failure cases to broader scenarios suitable for retraining.

GeoScenario [9] is a Domain-Specific Language (DSL) for scenario representation to substantiate test cases in simulation. The language was built on top of the well-known Open Street Map standard and designed to be simple and extensible. It is simple and human readable, yet be able to represent precise trajectories collected from traffic data, support input space exploration from methods generating scenarios, and also support unknown stochastic behavior for sampling methods. Exports can manually design scenarios based on functional requirements and designs and hazard analysis, reproduce or augment situations collected from traffic data, or scenario systematically generate scenarios. GeoScenario does not define actions or maneuvers for the Ego but only specifies initial conditions and goals.

Manually assigning a class or instance label to every pixel in an image is possible but tedious, requiring up to one hour per image. Thus existing real-world datasets are limited to a few hundred or thousand annotated examples, thereby severely limiting the diversity of the data. In contrast, the creation of virtual 3D environments allows for arbitrary variations of the data and virtually infinite numbers of training samples.

An improviser is implemented for Scenic [8] scenarios and is used to generate scenes which were rendered into images by Grand Theft Auto V (GTAV [15]), a video game with high-fidelity graphics. The implementation’s interface to GTAV is based on DeepGTAV.

H. A. Alhaija et al. [10] proposed a new paradigm for efficiently enlarging existing data distributions using augmented reality. This approach requires three components: (i) detailed high quality 3D models of cars, (ii) a set of 3D locations and poses used to place the car models in the scene and, (iii) the environment map of the scene that can be used to produce realistic reflections and lighting on the models that matches the scene.

[6] T. Menzel, G. Bagschik, L. Isensee, A. Schomburg, and M. Maurer, “From Functional to Logical Scenarios: Detailing a Keyword-Based Scenario Description for Execution in a Simulation Environment,” ArXiv190503989 Cs, May 2019.